Zombies is a term used for a X.A.N.A.-possessed human. It is generally used in place of "X.A.N.A.-Name" when it is a group of people or someone who is not commonly possessed (like background characters). Zombies were first seen in Ghost Channel where X.A.N.A. imprisoned Yumi, Odd, and Ulrich in a simulation bubble and could make zombie-fied verions of characters from Kadic at will.

Zombies were next seen in Attack of the Zombies where Kiwi was possessed and bites people to turn them into zombies. Zombies have their own way of turning people into them by biting; although this is never seen but is proven. The only people that were not zombie-fied were Ulrich, Yumi, Aelita, Sissi, Milly, and Rosa, the Kadic chef. Zombies have altered voices that sound malevolent in nature. Tamiya was the first victim and Jeremie was the last. Jeremie was able to resist the effects long enough to launch a return to the past. 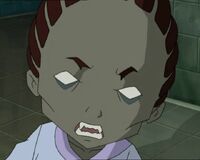 Tamiya is the first zombie victim. 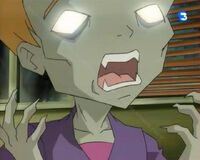 Odd is bitten by Kiwi and becomes a zombie himself. 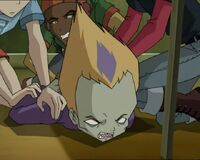 Odd pinned down by students not long after he is zombified. 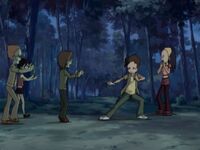 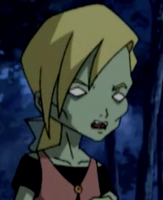 Anais Fiquet is a zombie. 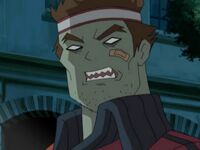 Even Jim is a zombie.

Zombified Jim and Emmanuel trying to enter the cafeteria. 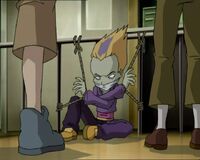 Zombie Odd tied up in the cafeteria. 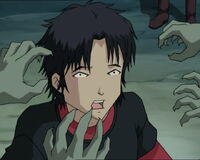 William is attacked by multiple zombies.

The zombies succeed in entering the cafeteria. 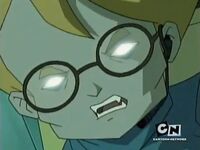 Jeremie Belpois as a zombie. 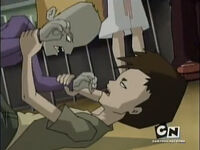 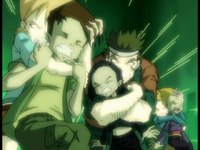 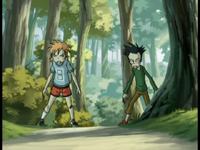 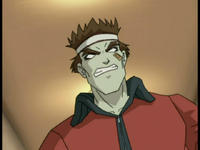