X.A.N.A. Franz Hopper is a Polymorphic Spectre seen in the episode, Franz Hopper. This clone was better at deceiving the Lyoko Warriors than most other clones. It unexpectedly appeared in the lab and gained the trust of most of the team, except for Jeremie (whom it singled out), by deactivating towers without going to Lyoko and upgrading weapons. It used this to its advantage, fostering dissension within the team. It betrayed the Lyoko Warriors when it disabled their weapons while on a mission in Sector Five and attempted to trap Aelita for the Scyphozoa. Its line, "You're the one who let X.A.N.A destroy my diary!" gave away its true identity. In truth, Franz would have no idea that X.A.N.A. possessed Jeremie to destroy his diary. When Jeremie declared this, X.A.N.A. Franz Hopper reverted into a Spectre and disappeared. It reappeared minutes later and tried to suffocate Jeremie by blocking his airways.

Similar to other clones, X.A.N.A. uses this form as a way to blend itself around unsuspecting threats. However, unlike the previous clones, X.A.N.A. has learned to not give into anger easily and will act more like its creator, due to the fact it has known him for a life-time. X.A.N.A. has seen to have a better time convincing the team as this clone, more than the other times it used the clone-method.

Just like the average clone, X.A.N.A. Franz Hopper displays the same electrical attacks that can paralyze its enemies in battle. 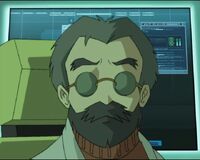 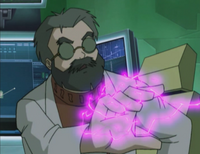 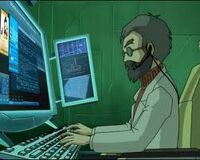 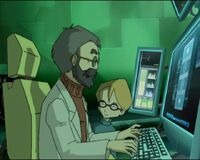 Jeremie isn't sure if its the real Franz or not.. 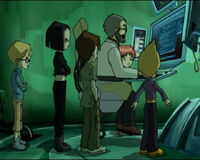 The gang confronting him 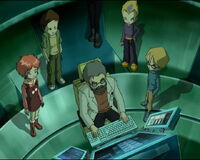 Working on the Supercomputer as the gang watch him 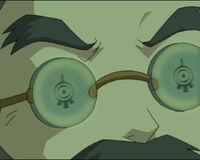 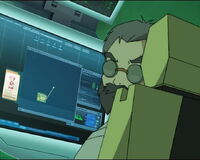 Looking at Jeremie telling Him that he's too Late. 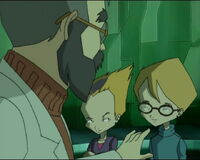 Talking to Jeremy and Odd 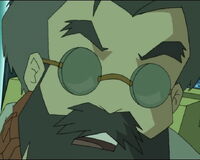 No!!!!! when he finds out that the Scyphozoa attacked an Aelita Clone. 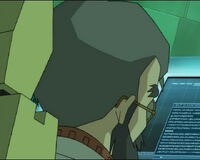 Working on the Supercomputer
Español Polski
Community content is available under CC-BY-SA unless otherwise noted.
Advertisement