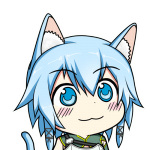 I'm Alex, a user for the Code Lyoko Wiki. Have any questions or simply just want to talk: I can always be found in the Chat Room. Feel free to contact me there or leave a message on My Message Wall.

Hello I am Alex Thurman, I am a Code Lyoko Expert. My favorite character is Odd Della Robbia and my favorite color is purple. Here is a little of what I’m involved in:

o Our team is currently comprised of about 5 people, who work together to bring you the subs:

· Oliver: The man in charge of creating the subs. He is a global moderator at forum.codelyoko.net, He translates the subs into English.

· Sandra: She is the sub file maker, she takes the transcript and syncs it to the video to make the subtitles, and it is a long hard process. She is one of the Website admins and one of the Facebook page admins

· Alex: He is also a sub file maker, He takes the transcript and syncs it to the video to make the subtitles, and it is a long hard process. He also edits the videos so they can be posted on to YouTube. As well as one of the Website admins and one of the Facebook page admins.

· Brenster21/23: His job is simple, he corrects the transcript and fix’s the grammatical mistakes and errors. One of the Website admins and one of the Facebook page Content Creators.

· Sonic: He is a global moderator at forum.codelyoko.net, He records the videos that we use create the subtitles.

o The Normal Subbing Process (Unless Changed Due To Changes In The Lives Of The Subbing Team):

· Sonic records and posts the video file, usually around 500 megabytes

· Oliver translates the first half of the episode usually online about 5 hours after the video. so around 1 or 2

· Brenster21/23 corrects the first half of the video

· Sandra creates the first half of the sub file, and keeps it on her computer.

· Oliver posts the second half around noon.

· Sandra makes the sub file and adds subs to video and posts the video around 2ish. (Depends on the day.)

· Alex adds subs to video, adds subbed video to the Vegas file, renders the Vegas file in HD, and posts the video on YouTube, with both English, and Portuguese subs. Note: occasionally the videos might come out faster or slower than stated. The videos are always HD. To people that would like to repost our subs, they are free to do so. The subs are not to be sold or rented. They may be shared and used but please give us the credit.

· I am also a Co-Director, Co-Producer, and the Main Video Editor of The Code Lyoko Evolution English Fan Dub.

o The Code Lyoko Evolution English Fan Dub A.K.A. CLEEFD is comprised of multiple different Sections: Note: (Gen 1) Means That they are the First Generation, If there is a (Gen 2) then the (Gen 1) of that same Position is Retired)

· The Subtitles are taken and then modernized into Scripts.

· The Scripts are then given to the voice actors for recording.

· The voice actors then record their lines and send them to the main video editor.

· Then the Background music and SFX are added to the Video.

· The main video editor then adds the finals touches to the Video.

· The Video is then Rendered and Uploaded to YouTube.

· The Options for the YouTube Video are then set up.

· The main video editor then works with the promoters to promote the release of the episode.

· The episode is released.

> Remade Chat Options And Installed It.

> Fixed And Re Designed Expand/Collapse Template For Gallery

> Installed The New Gallery Pages Along With The Help Of McTobi

Retrieved from "https://codelyoko.fandom.com/wiki/User:TheLewdNeko?oldid=140397"
Community content is available under CC-BY-SA unless otherwise noted.