The Sewer is a sewer in Boulogne-Billancourt, and is the route that connects Kadic and the Hermitage to the Factory. It is used by the Lyoko Warriors to get there and back. The Sewer itself has strips of a walkway on both sides, on which our heroes transport themselves. There is water in the middle. Yumi, Odd, and Ulrich use skateboards to traverse the Sewer, while Jeremie and Aelita use scooters. The Sewer empties into the Seine, and is probably not used for waste products, meaning that it's probably a storm sewer.

An army of rats in the sewer in Plagued.

Checking out the sewer in Swarming Attack.

Odd and Jeremie in the sewer water. 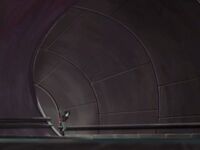 William follows Ulrich and Odd in the sewer in The Secret. 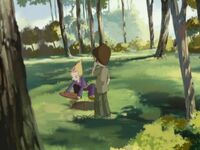 Odd and Ulrich go into the sewer. 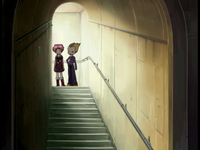 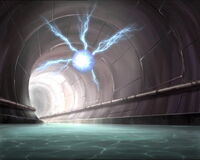 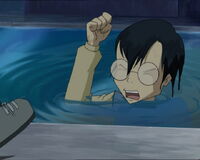 Herb after falling in the water. 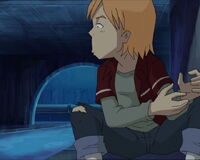 Nicholas thinks Odd is in the water.
Add a photo to this gallery

Odd helping Yumi to go to the Factory through the sewer.

Laura in the sewer, leaving the Factory.

The Aelita clone bumps into a wall.
Add a photo to this gallery
Retrieved from "https://codelyoko.fandom.com/wiki/The_Sewer?oldid=146773"
Community content is available under CC-BY-SA unless otherwise noted.