Tessen Fans are Yumi's only weapon on Lyoko, until she gained her Bo staff in Evolution.

She is given a second one in the second season by Jeremie, who had updated the supercomputer. This increases her skill range and ways to block lasers.

Yumi fights using two metallic Japanese war fans, also known as tessen. However, Yumi does not usually use real-world tessenjutsu, the martial art in which a closed tessen is used as a club, to fight. Instead, Yumi's fans are designed to be thrown like frisbees. Once airborne, the fans open fully and act like circular saw blades, slicing through their target and then returning to Yumi like a boomerang. However, the fans may injure her if she does not catch them properly. Despite being designed for mid-range fighting, Yumi may also use her fans at close-range by partially opening them and using them to slash at her opponent. The fans are also capable of blocking and deflecting laser fire.

In the first season, Yumi only had one fan. However, in Season 2, she acquired another, enhancing her ability to both attack and defend. Also, since Season 4, Yumi is able to make her fans disappear and reappear in her hands at will, eliminating the need to carry them on her person, and also eliminating the need to catch them after they are thrown.

An unusual weapon, the fans require a particular level of skill to use properly. In the episode A Fine Mess, when Odd and Yumi switch bodies, Odd had a difficult time battling Creepers using them and needed a short lesson from Yumi in order to use the fans effectively.

Like Ulrich's katana, Yumi's fans may be destroyed if damaged, necessitating new ones to be virtualized to her avatar.

In Franz Hopper, Yumi's fans are temporarily upgraded so that they fly longer and farther, and automatically lock onto and hone in on targets and strike at different angles; just like Odd's modified laser arrows. This upgrade came from X.A.N.A. where he sent a spectre to impersonate Franz Hopper to gain the team's trust and make them turn their backs on Jeremie. However, these upgrades and modifications were lost later in the episode.

Yumi's fans resemble average tessen. In the original series, they have black or brown ribs and a white and pink floral design on their plates. While being used for combat, the plates glow pink.

While a spectre on Earth, the design of the fans change to a yellow and pink background with white flowers. Also, when thrown on Earth, the fans acquire a serrated edge, resembling a circular saw.

In Code Lyoko Evolution, the fans have black ribs and white plates with a pink and purple striped design on them. They also glow white instead of pink when in use. 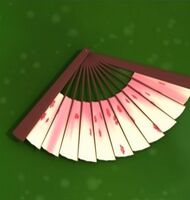 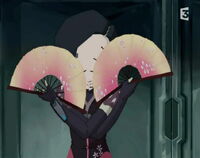 Yumi as a spectre with her two Tessen Fans open. 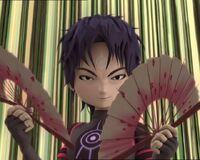 William about to disintegrate the dual fans. 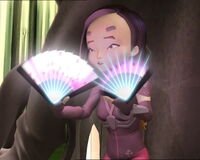 Getting her Tessen Fans back just before being devirtualized by William. 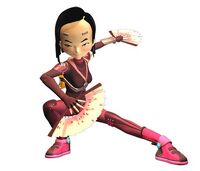 In Season 4 with both her fans.

Yumi opening her fan in the Desert Sector. 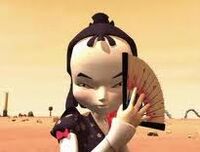 Yumi with her fan in Season 1. 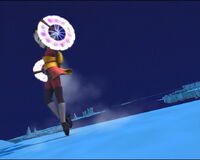 Spinning around rapidly, she uses her Fans as shields.

Her Season 1 fan handles are black.

Holding her fans by her sides. 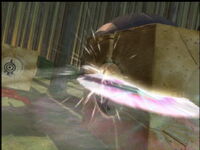 Slicing through a Blok. 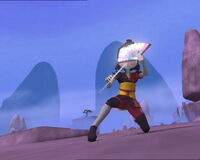 She blocks a monster's laser with her Fan.

About to throw them in the Mountain Sector. 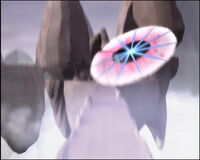 Flying through the Mountain Sector. 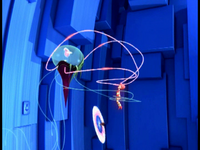 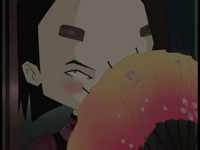 Holding a fan up by her face. 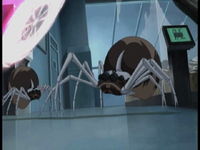 About to slice a robotic spider in Bragging Rights. 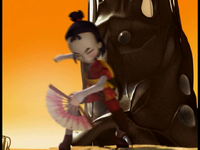 About to attack a Blok. 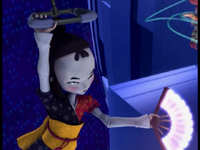 Preparing to throw a fan while holding onto the Overwing. 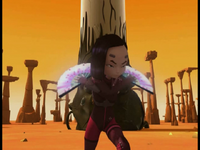 Throwing both fans at X.A.N.A. William. 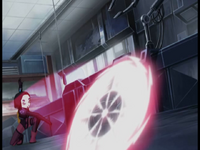 Throwing a fan in the real world. 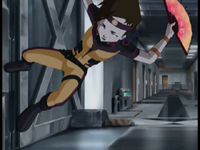 Ulrich using one of her fans. 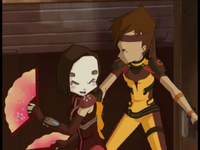 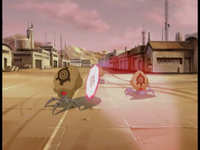 A fan heads right for a Kankrelat. 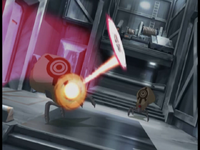 A Kankrelat deflects the fan with it's laser. 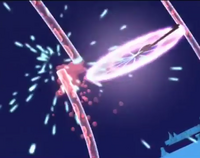 The fan cut through Scyphozoa's tentacles. 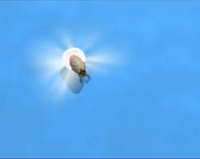 The fan hits a Kankrelat. 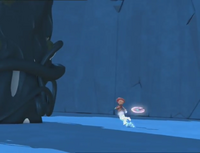 A fan devirtualizing X.A.N.A. Aelita and preventing her from destroying the Ice Sector 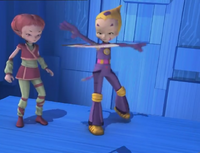 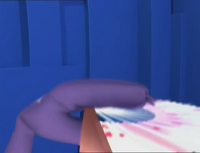 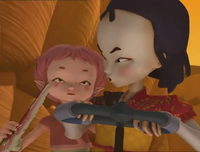 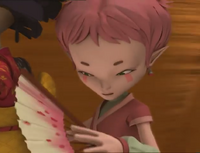 Aelita takes one of Yumi's fans

Yumi is struck in her hand by her own fan

About to throw her fans.

Her fans seem to be glowing here.

Yumi with fans at the ready.