Pulsations are visible energy pulses emitted towards activated towers or X.A.N.A.-themed objects, such as simulation bubbles or living things possessed by its power. They mostly signify X.A.N.A.'s presence, and become stronger when it's most active. In Season 1, Aelita uses them to know whether or not X.A.N.A. was attacking. Being connected to Lyoko at the time, she could detect them whenever X.A.N.A. itself was active.

Whenever pulsations run through the landscape of a sector, the ground shakes a little. The pulsations usually are emitted from active towers or Lyoko Wires, eventually with the paths converging towards what is usually a tower. In Season 1, they took on a red-white coloration, while from Season 2 onward, their color shifts permanently to white and are less visible than in Season 1. More the one is closer to the pulsations' source, the pulsations become stronger.

After the Superscan was created, Aelita was no longer needed to sense pulsations, though they were still seen during certain times X.A.N.A. activated a tower. In Kadic Bombshell, the scan had been bugged up due to one of Odd's romantic follies. As a result, Aelita went to Lyoko to check for pulsations via her second sight ability, but could not feel them. The issue became irrelevant when X.A.N.A. took advantage of the bugged supercomputer and attacked Aelita directly.

In Evolution, pulsations were seen in Rivalry and they looked much more like red lines on the ground. Later they were seen in Suspicions, when Aelita told Jeremie that she "needed to feel Lyoko" and detected how calm and serene the Desert Sector was, just like her father. 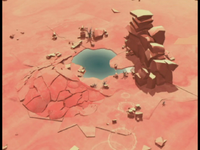 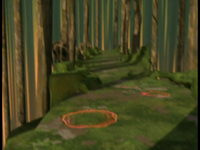 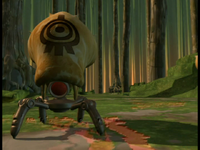 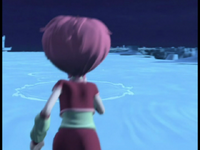 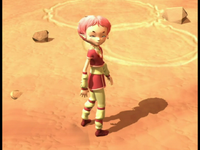 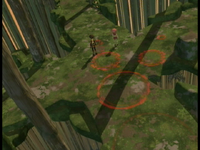 The pulsations under Aelita's feet.

Pulsations seen in the Forest Sector.
Add a photo to this gallery
Retrieved from "https://codelyoko.fandom.com/wiki/Pulsations?oldid=146753"
Community content is available under CC-BY-SA unless otherwise noted.