Priscilla Blaise is one of the minor characters. As of the end of Season 4, she is a 9th Grader like Yumi Ishiyama and William Dunbar. She is a background character in some episodes, such as Tip-Top Shape, and Cold Sweat, where she is seen, usually in the background with Anais Fiquet. In the English dub, she was voiced by Mirabelle Kirkland. In Polish version she was voiced by Beata Wyrąbkiewicz.

She wears a short white and red flannel skirt, as well as a kind of necklace. She has short black hair. She was one of the finalists of the beauty contest in Teddygozilla. She was possessed by X.A.N.A. in Lyoko Minus One. 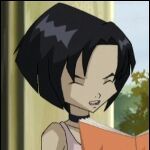 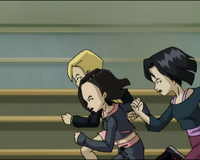 Priscilla and Anais in the school bus. 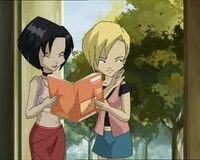