Patrick Belpois is the cousin of Jeremie Belpois. He has only appeared once in Cousins Once Removed.

Patrick appears to be the complete opposite of Jeremie. He's "cool", studies martial arts, a games fan, and a sports fan. Despite what his outfit may say about him, Patrick seems to be a very kind person towards others and especially Jeremie, this could be why he "stole" Jeremie's friends.

Patrick wears jeans, a black biker jacket and has his hair gelled up and has very light skin.

According to Jeremie, he and Patrick had had a rough time when they were younger, as Patrick unintentionally stole Jeremie's friends during their time at summer camp several years ago. Jeremie has, since then, developed a dislike for him and grew worried and angry that Patrick would once again steal his friends. This fear intensified when Aelita, Ulrich, Odd, and Yumi ended up getting along with him. Patrick and Jeremie became friends when they fought against a X.A.N.A.-possessed Herb and Sissi.

His parents seemed interested in enrolling him into Kadic Academy, but they later decided that he should go to a school near them, much to him and his cousin's disappointment but they reasurred each other they will still meet during family meetings. He is neither mentioned nor seen afterwards. 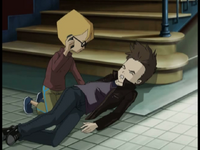 Jeremie calls for a return trip in order to save Patrick. 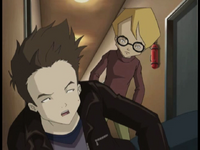 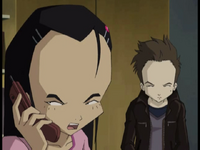 Sissi in Jeremie's room with Patrick. 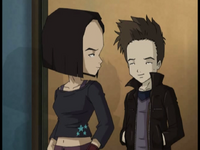 Walking in the hallway with the others. 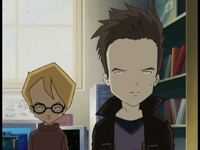 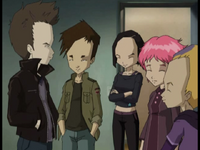 Meeting the rest of the gang. 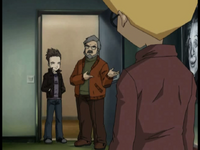 Mr. Delmas welcomes him to Kadic. 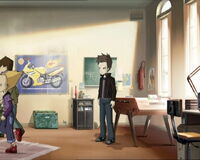 The gang leaves Patrick due to a message from Jeremie. 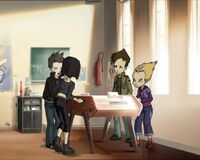 Patrick talking to the gang. 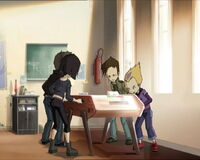