Paco, The King Of Disco is a fictional 1970s disco movie in the Code Lyoko universe. The main star was Jim Morales. It includes a scene of Jim disco dancing. In the French Dub, it was called "Paco Roi Du Disco".

Paco, The King of Disco was first seen in "Straight to Heart", where Odd used it as blackmail material for a class transfer. Odd swore not to tell anyone, and Jim agreed to a class transfer.

The film returned in "William Returns", when Sissi heard Odd talking about it, and published a story about it in the Kadic News. This caused Jim to get angry at Odd. Jim then forced Odd to disco dance to exhaustion as punishment. The film gained a new popularity with the students, and Jim forgave Odd.

The film was mentioned in "Wreck Room", and the cover of the film can be seen in the short film Norminage released about Jim, at the 1:09 mark. The cover is a parody of "Saturday Night Fever".

Paco, The King Of Disco was a subject of one of the background stories in "Code Lyoko: Quest for Infinity" and "Code Lyoko: Fall of X.A.N.A.". In this continuity, Jim remained secretive about the film, until it became popular, when he thanked Odd for making it public. He then developed a dream of teaching disco dancing on broadway. 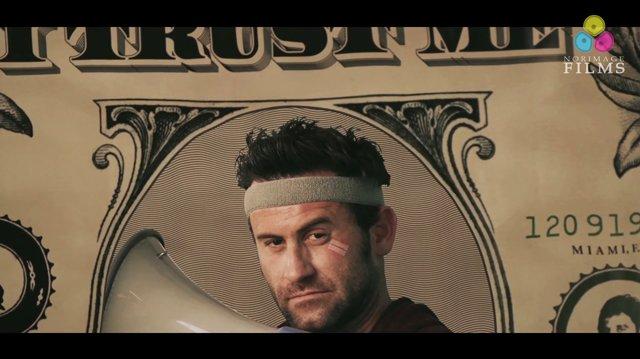 Why does Jim Morales have a bandage on his cheek ? 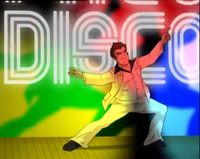 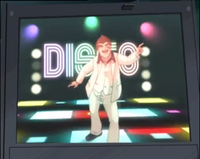 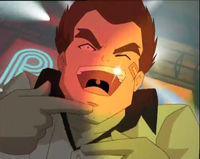 Add a photo to this gallery
Retrieved from "https://codelyoko.fandom.com/wiki/Paco,_The_King_Of_Disco?oldid=145844"
Community content is available under CC-BY-SA unless otherwise noted.