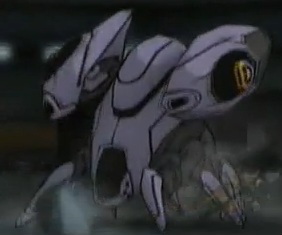 The battle with the Mountain Bug consists of phases, each one resulting in the usefulness of Ulrich being compromised. Yumi and Aelita are absent from this boss fight, so either Ulrich or Odd are the only choices here, with Odd being much more preferable strategically.

The first phase involves the Mountain Bug firing its twin laser cannons in a scissor-like manner, essentially trapping the player in between its lasers. Thankfully, the player can jump over these. However, the Mountain Bug also has an attack where it slams its cannons on the ground in an attempt to crush the Lyoko Warriors. It has a hard time moving after it does this, so either of the two X.A.N.A. emblems on the cannons are quite vulnerable in this situation, leaving Odd and Ulrich to damage the X.A.N.A. emblems as much as they can. The emblems are also vulnerable when the Mountain Bug is attacking normally, so their is a chance someone like Odd may attack it.

After the two emblems on the cannons (and subsequently the cannons themselves) are destroyed, the second phase begins. This phase involves attacking the Mountain Bug's face, which now sports an Eye of X.A.N.A.. While Ulrich is still useful during this phase, Odd's abilities is increasingly emphasized, making him more a more logical character to use in this phase. 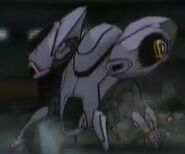 Add a photo to this gallery
Retrieved from "https://codelyoko.fandom.com/wiki/Mountain_Bug?oldid=141417"
Community content is available under CC-BY-SA unless otherwise noted.