Megatanks are large, ball-like monsters, possibly one of the only few monsters in X.A.N.A.'s army not based on a living creature. Megatanks are arguably the strongest of X.A.N.A.'s monsters because of its shell, which can't take damage, even from another Megatank or Aelita's Energy Fields. However, the force of the impact will sometimes push the other Megatank into the Digital Sea. In the first season, a Megatank's laser does 50 life points of damage, allowing some room for the Lyoko Warriors to protect Aelita with their bodies. This changes since Code: Earth, since X.A.N.A.'s monsters get stronger and a whole 100 life points of damage is dealt, this makes the body protection technique far less viable (as the Lyoko Warrior that uses it is devirtualized immediately after doing it) but it is still used. To defeat them, the Lyoko Warriors must hit the large Eye of X.A.N.A. (which is located inside its shell on the metal framework that connects the two sides of its shell) before the shell closes.

Megatanks also have the ability to destroy objects that Aelita creates with her power with 1-2 hits. However, if Aelita's Creativity is mixed with her Energy Fields, it may take around 5 or 6 shots. A Megatank's laser will usually not come back until it hits something or someone. Megatanks can also run over the warriors, which results in instant devirtualization as demonstrated in Triple Trouble.

Megatanks have two methods of attack, the first involves opening its shell and using its laser attack, which can be used from a safe range and can devirtualize the warriors in one hit. The second involves using its considerable mass to crush the Lyoko Warriors, devirtualizing them by running them over. Megatanks have a very unique laser. Instead of being an amplified fire beam like all the other monsters, it's a massive elliptical laser that must retract to fired again, almost like a giant expandable sawblade. However, in the first season, the Megatank's laser only did 50 points of damage, making it survivable, as shown in episodes such as Log Book and Big Bug. The Megatank can also withstand an attack of another Megatank, as seen in Contact but only when it's shell is closed. They can also push other Megatanks with their laser. While its laser is the most powerful laser out of all X.A.N.A.'s monsters, it can be blocked by Aelita's energy field, which can also destroy the laser, and Ulrich's sword, which shatters after a short period of time. A Megatank's laser can be used to shut down active Towers from the outside, by bombarding the targeted Tower enough times that it will deactivate.

In Season 3, the Megatanks developed a strategy where they fire their laser horizontally, making a nearly unavoidable attack. Megatanks are the most challenging monsters to destroy because of its impenetrable shell; the shell can block all of the Lyoko Warriors' weapons. It is even able to withstand Aelita's Energy Fields.

In Code Lyoko: Get Ready to Virtualize, one shows up as a boss, and it must be defeated in order for the level in question to be completed.

In Code Lyoko: Quest for Infinity, there were two Megatank variants introduced: Omegatanks (Megatanks that do not fire a laser weapon, but are covered with spikes, thus making them virtually indestructible) and Ubertanks (Megatanks that always fire lasers horizontally).

Megatank in the Forest Sector. 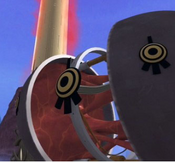 A Megatank guards an activated Tower.

Yumi jumps up and slams into the Megatank.

A Megatank fires at Aelita!

Firing in the Desert Sector.

Those must be its "eyes".

Charging up its laser, watch out!

Firing at Yumi and Odd in the Ice Sector.

Opening and/or closing it's shell in the Ice Sector.

As seen in Season 1.

Seen in the Ice Sector.

Attacking the Warriors in the Mountain Sector.

Two Megatanks create a giant wall to destroy the Tower.

Ulrich surrounds a Megatank in Season 1

Odd vs the Megatank. 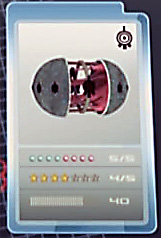 Ulrich stops the Megatank's laser from hitting a Tower.

Odd readying himself for an attack as the Megatank comes closer!

Odd about to fire at the Megatank!

Attacking a tower in Code: Earth.

Ouch! Ulrich is literally taken down by a Megatank.

Megatank up close in the Mountain Sector.

Ulrich is about to be crushed by the rolling Megatank!

Aelita prepares to fire an Energy Field at a Megatank stuck between the rocks.

Charging its laser up close in the Ice Sector.

Ulrich faces the Megatank head on.

The Sector vanishes, along with the Megatank.

A glitched up Megatank.

The inside of Megatank.

A Megatank as seen in Big Bug.

A Megatank explodes in Sector Five in Evolution.

One Megatank is devirtualized right beside another.

They encounter the MegaPod in the Cortex.

MegaPod vs a Megatank.

Two Megatanks fly through the air in the Cortex.

A Megatank toy with the other monsters toy. 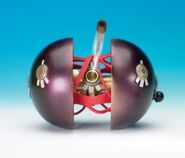 A Megatank toy shooting a laser.