Marin Lafitte is an actor who resides in France. He is most famous for portraying Jeremie in Code Lyoko Evolution. He was born on June 15th, which was used for the Factory Lift keypad number.

He has come to hate doing scenes in the Lab because of the heat. He apparently got along with most of the cast. He became good friends with Gulliver Bevernaege, though they both auditioned for Odd and Jeremie, and were hoping for Odd.

He also stars in a stage show called "Les enfants de la comédie" "The Children of Acting." He has also had secondary roles in "Fais pas ci, fais pas ça" ("Don't do this, don't do that") season 3 and in E=M6. 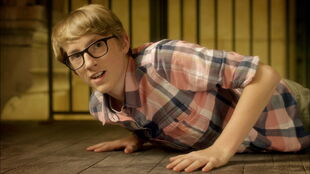 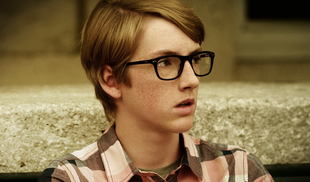 Jeremie Belpois: French Voice
Add a photo to this gallery 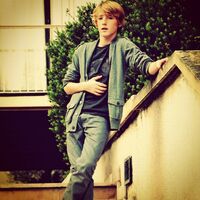 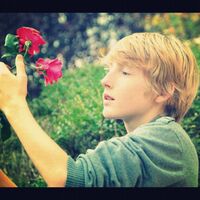 Retrieved from "https://codelyoko.fandom.com/wiki/Marin_Lafitte?oldid=148920"
Community content is available under CC-BY-SA unless otherwise noted.