Lyoko has an extensive network of wires which connect the towers to each other, and the other components of the system.

The four surface sectors each have their own autonomous network of wires. In addition to those, the Way Towers share an independent network of wires. There are also other wires which don't connect one tower to another, but rather from towers to system components.

Sector Five itself does not seem to have a visible wire network inside of it, even though the rest of Lyoko's wires all connect to it, as seen during transitions involving the transporter, where it is revealed that the wires originate from a bright light that indicates the presence of Sector Five. It is unknown if this feature remains after Lyoko's recreation in Season 4, however. 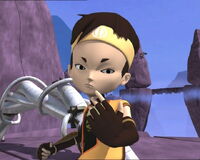 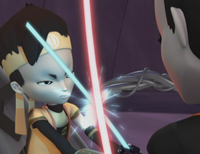 Seen behind them as they fight. 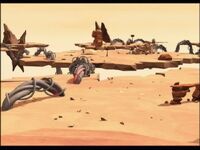 There are Wires all across the Desert Sector. 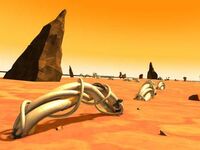 The Wires go for miles across the Sector. 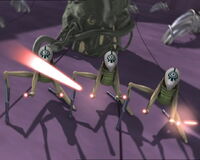 A couple of Wires seen in the background. 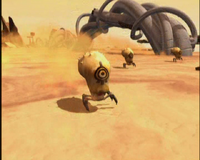 In Season 1, the Wires are brown.

It can be seen connected to the tower.

In the Forest Sector. 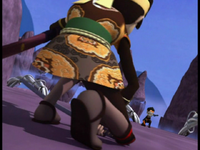 White/Gray Wires in the Mountain Sector. 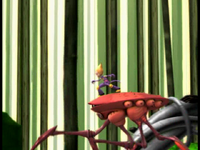 A Wire can be seen behind the Krabe. 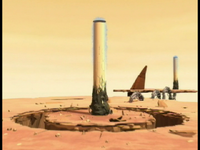 Wires connect the towers and way towers to one another. 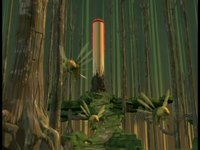 Wires in the background, behind the Hornets. 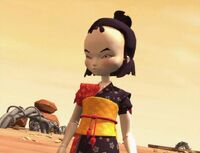 Two Wires can be seen behind Yumi. 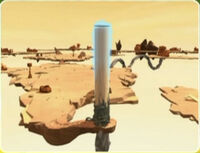 The Wires stretch across the Desert Sector. 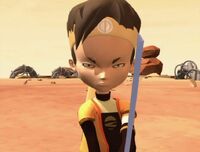 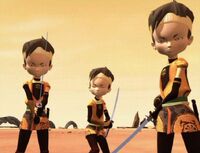 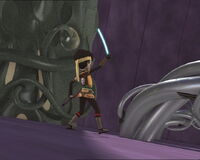 Ulrich about to cut off the connection to the tower.

Lyoko Wires covered in Marabounta in the Forest Sector.