James Dunbar is the father of William Dunbar. He only appeared twice in Season 4 during the episodes Double Take and Down to Earth.

In his first appearence in Double Take, James had called Principal Delmas out of concern due to not hearing from his son for several days, and not being able to contact William on his cell phone. However, due to the call Jeremie had made earlier in the episode, Delmas thought James was a prank-caller and hung up.

In Down To Earth, James and his wife came to the school to visit William, but due to the William Clone's dim-witted behavior, James and his wife began to believe that he wasn't their son (which was technically true), even going so far as threatening to call the police and running tests to see if he really was their son; however, this was dropped when William returned and the clone was destroyed. 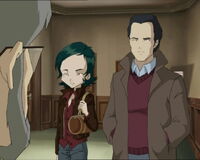 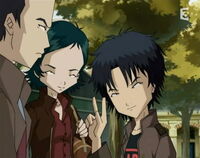 James, his wife, and William at the end of Down to Earth. 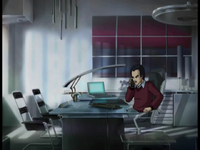 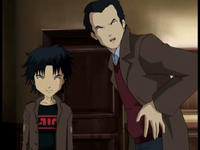 James is certain the clone is not his real son. 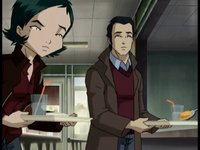 James and his wife in the cafeteria in Down to Earth. 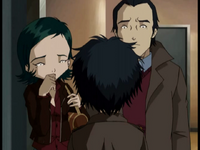 Surprised by their real son in Down to Earth.
Español
Community content is available under CC-BY-SA unless otherwise noted.
Advertisement