The Hallucinogenic Beam is an ability that Mantas possess. It occurs when two Mantas lay flat on each others' bellies. Then, they turn red. Finally, they discharge a red, double helix-shaped laser. Anyone being hit by it turns red for a moment. Soon, they are devirtualized. This beam gives X.A.N.A. control of what they can see and causes a deep hallucination that the victim is still on Lyoko while they're on earth and that everyone around them is a monster in virtual form. The victim, reacting to such a hallucination as one normally does on Lyoko, then starts to act violent and crazy. When back on Lyoko, they hallucinate that they're on Earth and the monsters are viewed to look like their school mates, which causes them to let their guard down and become easy targets for X.A.N.A.'s monsters.

This has only been used in Temporary Insanity, and only on Odd and Ulrich. They were hospitalized and everyone just believed that it was caused by video games and this was another plot to keep the Lyoko Warriors from stopping X.A.N.A. from destroying Lyoko. However, Jeremie eventually managed to cure both Ulrich and Odd.

It apparently devirtualizes its victims in one hit, regardless of how many life points they have; Odd and Ulrich both were devirtualized instantly, shortly after being hit with the Hallucinogenic Beam. 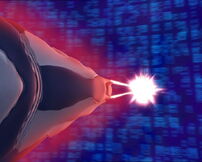 The combined Mantas shoot their beam. 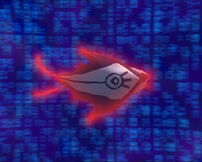 It successfully hits Odd and Ulrich.. 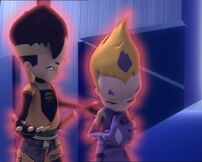 They have no idea what has just happened to them.. 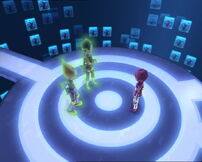 The curing
Add a photo to this gallery
Retrieved from "https://codelyoko.fandom.com/wiki/Hallucinogenic_Beam?oldid=146405"
Community content is available under CC-BY-SA unless otherwise noted.