Unknown - immune to all attacks

None - rather than attacking and imprisoning its target

The Guardian is a monster that has the ability to capture and trap a warrior inside it rather than devirtualize them. Aelita described it as "a sort of digital jail adapted to the body imprisoned in it." While someone is captured, they are unaware of the passage of time.

The Guardian appears to be completely immune to attacks. The only way to release a captured person from a Guardian is to "trick" it by creating a false copy of the prisoner next to the Guardian, causing it to reject its original (real) prisoner and move to the new (fake) one. This has been accomplished both with Jeremie creating a lifeless copy of the prisoner and with Aelita's Creativity.

Guardians have only appeared twice in season one. The first time was in Image Problem, where it was used to capture Yumi. With her captured, he deployed X.A.N.A. Yumi to destroy the Scanners. The second time was in The Girl of the Dreams, where it was used to capture Aelita. This worked in a complicated plot in tandem with the transfer of Taelia. The Guardians never returned after the first season, possibly because X.A.N.A. realized how ineffective they were. It also appeared in Get Ready to Virtualize. 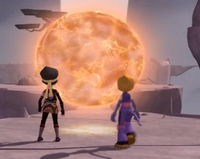 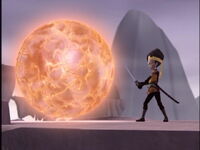 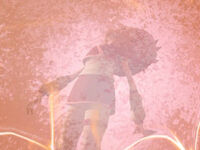 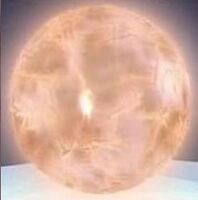 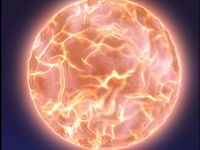 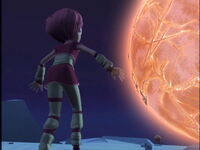 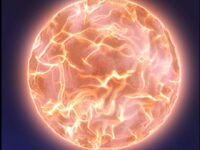 Add a photo to this gallery
Retrieved from "https://codelyoko.fandom.com/wiki/Guardian?oldid=139332"
Community content is available under CC-BY-SA unless otherwise noted.