Get Ready to Virtualize is a video game for the Nintendo DS that was produced by Game Factory and DC Studios and released in the United States on May 15, 2007. The European release date was November 16, 2007. In Australia, it was June 14, 2007. It is based on the first three seasons.

The gameplay is divided into two types of levels. Levels that take place on Earth are 2D, after the style of Earth on the show, and typically involve finding items, talking to characters, and going to places in order to follow the storyline. Lyoko levels take place in 3D, and primarily focus on third-person fighting your way through monsters in order to reach a goal. Although some racing on the and boss battles are also involved. Both kinds of levels occasionally feature simple puzzles that require the player to construct a specific 2D figure out of different sized blocks (the puzzle is used in the game to represent hacking). The game's story follows the storyline of the show and includes select episodes from the first and second seasons and a spin-off of the first episode of the third as well as all five sectors of Lyoko: the Forest Sector, Desert Sector, Ice Sector, Mountain Sector, and Sector Five.

You can play as Ulrich, Odd, Yumi, Aelita, and (on Earth) Jeremie. The groups powers are similar to the show, but some changes were made for the sake of game play. For example, Odd can now throw Energy grenades to round out his normal abilities and Aelita is given a defensive shield that is also capable of doing damage to monsters. The Lyoko Warriors’ special abilities, Super Sprint, Telekinesis, and Catclimb, also appear in the game, but can only be used in specific places.

Aelita's Creativity is replaced with Levitation, but does not use her Second Sight ability. The final boss of this game is a unique monster known as the Scorpion.

The game is broken up into 15 chapters, most of which are based on a particular episode of the series.

In this chapter, you play as Ulrich on Earth, and can play as all 4 characters on Lyoko. The level is set in the Desert Sector. This chapter is a tutorial.

In this chapter, you play as Jeremie on Earth, and as Ulrich, Odd, or Aelita on Lyoko. This chapter is based on "Seeing Is Believing", with the Lyoko scenes in the Forest Sector.

In this chapter, you play as Odd on Earth, and Odd, Yumi, or Aelita in the Mountain Sector. This chapter is sort of based on "Satellite".

This chapter is based on "Plagued". Yumi is used on Earth, and Yumi and Aelita are usable in the Desert Sector.

This chapter is a mix: It's based on "Log Book", "The Girl of the Dreams", and "Claustrophobia". Ulrich is used on Earth, followed by Yumi. Odd and Aelita are both used in the Mountain Sector.

This chapter starts off already in progress during an attack. This episode is based on "Ghost Channel". In the first part, Yumi, Odd, Ulrich, and Aelita are all playable in the Forest Sector. Yumi is then the main character on "Earth". Finally, Aelita is used in an Ice Sector level that has no monsters, and instead consists entirely of platforming.

This chapter is equivalent to "Code: Earth" with a little bit of "Holiday in the Fog". Yumi is used on Earth, as is Odd. On Lyoko, Odd, Aelita, Ulrich, and Yumi are all playable. Both the Mountain and Forest Sectors are used.

This chapter is based on "New Order".

This chapter is based on "Uncharted Territory".

This chapter is based on "Mister Pück", but you can only play as Yumi and Aelita on Lyoko.

This chapter is based on "Missing Link".

This chapter is based on "Déjà Vu". Aelita is used on Earth. On Lyoko, you'll use Aelita first, then use Ulrich, Odd, and Yumi to save her.

This chapter is based on "Franz Hopper".

This chapter is based on "The Key", with a little bit of "Revelation", thrown in the beginning.

This episode is roughly based on "Straight to Heart", where Aelita develops her own "weapon" of orbicular deep pink energy fields.

Originally, there were going to be more Cutscenes in Get Ready to Virtualize. These were found in game files. 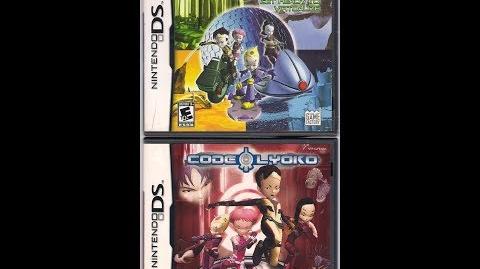 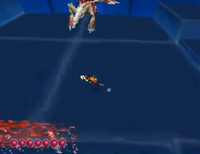 Scorpion, the final boss, appearing for the first time. 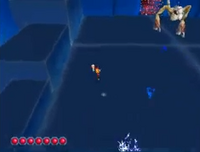 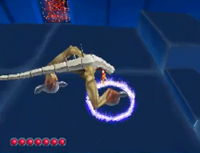 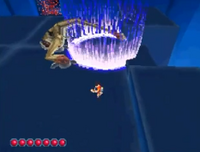 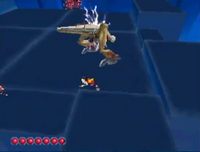 Scorpion charging up its tail. 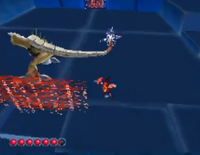 Scorpion swinging with its tail. 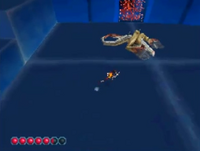 Scorpion lying down after being hit many times. 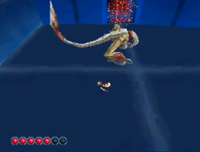 Scorpion about to leave by jumping away. 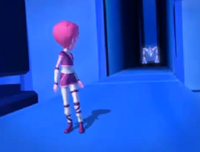 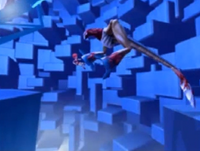 Scorpion trying to get Aelita. 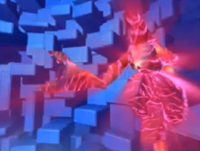 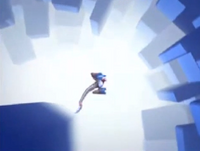 Scorpion falling down to it's dead.

X.A.N.A. Ulrich in the game 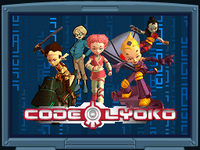 Intro of the game 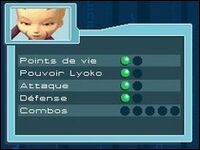 Abilities of the characters 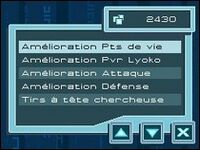 Where you can buy abilities 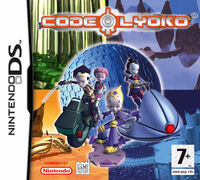 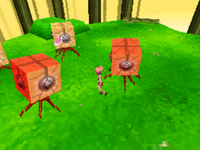 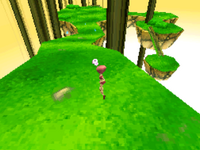 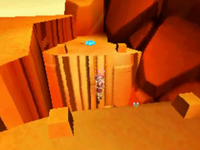 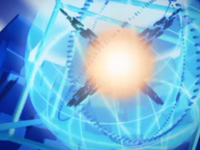 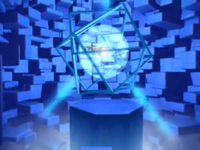 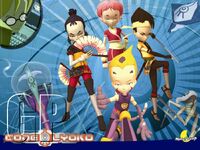