Code Lyoko Wiki
Register
Don't have an account?
Sign In
Advertisement
in: The Factory, Supercomputer, Technology,
and 10 more
English 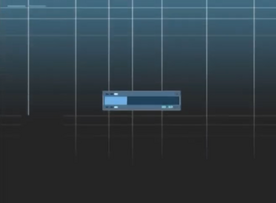 The Factory Interface is the computer in the Lab. It is the central access to the supercomputer and the place where Jeremie spends most of his time during missions.

The interface also has been a key target for X.A.N.A.. It's where he sometimes infects the supercomputer with viruses to sabotage programs or cause problems on Lyoko.

It was attacked and critically damaged by one of X.A.N.A.'s first robots in The Robots. Jeremie and Odd had to repair it for the mission.

The primary font used is Aurabesh. It's where Aelita and Jeremie first met.

The interface's keyboard seem to be extremely sensitive, as hitting the wrong key(s) when entering commands can cause drastic errors in the data, thus affecting Lyoko and possibly anyone who is currently virtualized. Such errors can take a long time to fix.

The factory interface can also access live feeds from local unencrypted television. This was seen in "Seeing is Believing", "Holiday in the Fog", "Big Bug", "Killer Music", "Cold War", "Is Anybody Out There?", and "Hot Shower".

Odd gets an alert as well, showing that his data is missing and he's no longer on Lyoko.

The numbers in the keyboard.

The interface shows supercomputer's memory as seen in Frontier.

The interface showing Jeremie being deleted.

William appears on the Interface once he's captured by the Scyphozoa.

The icons of the Lyoko Warriors and X.A.N.A.'s monsters appear on the screen.

It displays their Lyoko avatar and the part of the body that was hit glows red.

The screen shows X.A.N.A. gathering information on a lone hornet.

Jeremie virtualizes his friends onto Lyoko, while watching through the Interface screen.

Jeremie meets Aelita for the first time on the Interface seen in X.A.N.A. Awakens.

The countdown starts up in Sector 5, and shows on the Interface screen.

A map of an unknown location appears on the Interface screen.

Aelita appears on the screen while she talks with Jeremie in Season 1.

Jeremie can use the Interface to track vehicles in the real world.

The Interface shows Aelita and Ulrich being virtualized onto Lyoko.

The Interface also has total control over all the cameras in the Factory.

Yumi is shown on the injury window, as well as her ID card.

Odd and Yumi's data being scanned by the Interface in A Fine Mess.

Jeremie and Jim watching the screen Interface while the others battle on Lyoko.

Ulrich's ID Card shown on the Interface after he takes some damage.

Jeremie behind the Factory Interface in Season 1.

One of the Scanners is malfunctioning or is destroyed.

Another alert appears on the Interface, this time its Odd.

One of the Interface cameras showing the Factory elevator.

Aelita appears on the screen multiple times to contact Jeremie.

The Interface showing Aelita being virtualized as well.

The screen displays when someone is about to face off with a monster.

The Sector 5 countdown clock on the Interface screen.

The screen shows the injury window when a Lyoko Warrior is hit.

An alert appears, indicating that Ulrich's data is nowhere to be found.

An activated Tower shows up on the Interface map.

SCIPIO being typed into the Interface.

Aelita talks with Jeremie from Lyoko.

"Franz Hopper" at the controls of the Interface.

Showing multiple enemies on the screen.

A Return To The Past is activated.

The Interface can broadcast live TV as well.

The countdown has run out in Sector 5.

The screen displays the outside of Sector 5.

The Factory Interface as it's just turned on.

A X.A.N.A. alert pops up on the Interface.

Another camera showing the elevator.

Aelita heads for the tower seen on the map.

Setting a self virtualization program.

Jeremie activating the tunnels so his friends can exit Sector 5.

What is this count down?

The supercomputer running some sort of program.

Large amount of Bloks appear on the Interface.

The Forest Sector seen on the Factory Interface.

Jeremie reassures his friends that working the computer is easy.

Yumi seeing the Man in black spectre approaching her.

Jeremie in a recorded video clip.

Odd takes Brynja to the factory.

Odd telling Brynja not to touch anything.

Brynja messes with the Super Computer.

Jeremie on the supercomputer watching the Kolossus.

A message sent by past Jeremie in Temporal Paradox.
Suomi
Community content is available under CC-BY-SA unless otherwise noted.
Advertisement