The DNA Transfer System is a program that has only been shown twice in the episodes, "Missing Link" and "A Fine Mess". The program's function allows a Lyoko Warrior to transfer their personal DNA sequence codes to another warrior. This, however, is dangerous as after the process is complete, the user's memory is exposed and can be stolen by X.A.N.A. at will. This occurs because without a sequence code, a person can't convert their digital DNA back to human DNA, so they become a part of Lyoko.

This program was introduced in "Missing Link" by Aelita, who tried to sacrifice her DNA sequence code onto Yumi since the latter's one was stolen by the Scyphozoa in the same episode. Upon finding out what is Aelita about to do, Jeremie is instantly alarmed and had to contact Odd and Ulrich to quickly go to the Forest Sector and abort the process, since Aelita refused to until they personally told her. Luckily, she aborted the transfer right before Aelita's code got moved to Yumi.

This feature was used deliberately in "A Fine Mess", in order to get Yumi and Odd back into their respective bodies after a Materialization mistake swapped them. 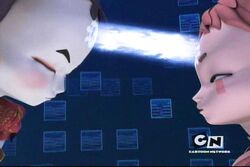 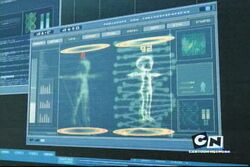 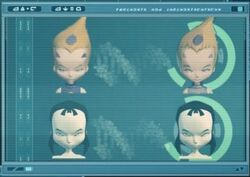 Add a photo to this gallery
Retrieved from "https://codelyoko.fandom.com/wiki/DNA_Transfer_System?oldid=146150"
Community content is available under CC-BY-SA unless otherwise noted.