Code Lyoko: Fall of X.A.N.A. is a turn based RPG based on the show Code Lyoko for the Nintendo DS systems, produced by Game Factory and released in the summer of 2008. It is based on the fourth season. The game's plot is similar to the Quest for Infinity game, also based on Season 4 with minor differences and cut scenes.

The game is an elaboration of Quest for Infinity, bringing back the Volcano Replika and its crater, plus the Replika bosses. It's based on Season 4 of Code Lyoko. The ultimate objective of the game is to find William, free him, and put an end to X.A.N.A.. Since its creators had prior knowledge of the entirety of the season, monsters like the Kolossus are presented.

Rather than the in-depth combat of Get Ready To Virtualize, this game uses turn-based combat. The Earth scenes are a stripped down version of the ones in Quest for Infinity. Multiplayer support was added.

The creators of this sequel aimed to utilize the stylus much more than it is used in the game's predecessor. 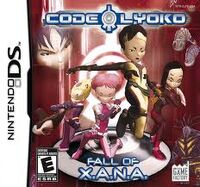 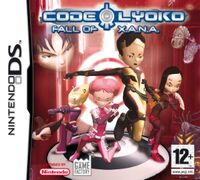 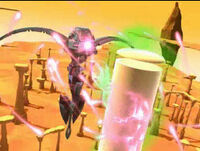