Cat Climb is one of Odd's feline abilities. Odd is able to climb up structures and the like on Lyoko. Among the Lyoko Warriors, Odd seems to be the only one able to scale structures and walls. Odd can climb using the claws on his Lyoko outfit. This feline ability can also be called superhuman/enhanced climbing or simply cat climbing.

In first season, Odd uses his ability to hold onto the lower part of the platform to attack a Blok from behind in Laughing Fit.

Odd uses this ability to climb across Aelita's ice shield in Saint Valentine's Day. Odd also uses it in the third season to climb onto the tree to attack the three Tarantulas from the above in the episode Lyoko Minus One and later to avoid falling into the Digital Sea in the episode False Lead.

Later on in the fourth season, Odd uses it to confuse a Tarantula in the Desert Sector when he climbed a large boulder.

In Code Lyoko: Quest for Infinity, it allows him to climb up the space between two walls by swinging between them and using his claws for grip. This technique is used mainly to reach hidden bonuses and shortcuts to various parts of the sector. He can also climb up certain indicated surfaces. 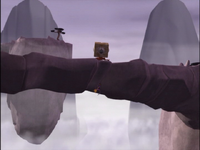 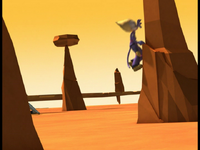 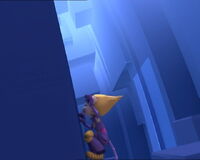 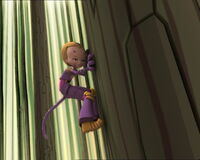 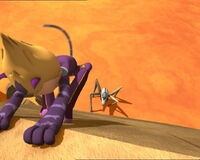 Wreck Room
Add a photo to this gallery

Retrieved from "https://codelyoko.fandom.com/wiki/Catclimb?oldid=144354"
Community content is available under CC-BY-SA unless otherwise noted.