Brynja Heringsdötir is Sissi's pen-pal from Iceland. Her first and only appearance in the series was in the episode Kadic Bombshell. She is voiced by Jodi Forrest with a thick Norse accent, but she is very good at speaking English and French. When she first arrived at Kadic, all the boys in school were attracted to her and all the girls wanted to know her beauty secrets. This made Sissi jealous because she was no longer "the most popular girl in school." At first, Odd was not very interested in her, but after getting a good look at her, he becomes obsessed with her. She also seemingly takes a liking to him as well, calling him the Icelandic word for "sweetheart." She and Odd started dating the same day they met. That afternoon, Odd introduced Brynja to the group. Like every other boy in the school, Ulrich and Jeremie are entranced by her good looks.

Aelita and Yumi were bitter and jealous that she is getting all the attention and act rather cold towards her. That night, the group confronts Odd about her to which he retorts that they are all just envious. Brynja overhears this and is slightly upset. Later that night, Brynja asks Odd if he could get nicer friends, however he denies this, saying that his friends are special - blurting out the truth about their connection to Lyoko. Brynja demands an explanation, so Odd takes her to the factory (blindfolded) and shows her the lab. In there, she couldn't contain her amazement and tries out the keyboard on the Supercomputer, not aware that it was, in fact, running a program. As soon as the others find out, they get angry and kick Odd out of the group. The next day, Odd and Brynja went to the pool together, but Odd decides to leave it to fight X.A.N.A. William, so Brynja breaks up with him, believing she was stood up and Odd got bored with her. The next day, Sissi had Brynja sent to the countryside to stay with her cousin out of jealousy.

Under the system of Icelandic names, her last name means "Hering's daughter." This implies that her father's name is Hering. 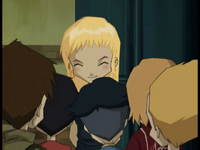 Everyone wants to meet her instantly after she arrives to Kadic.

Emmanuel serving Brynja with her meal. 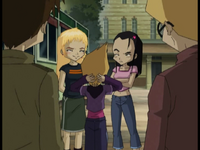 Talking with Sissi before being bumped into by Odd. 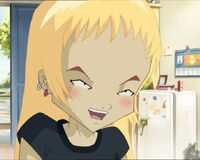 Talking to the Lyoko Warriors. 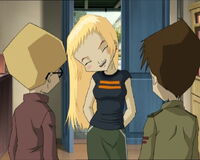 She introduces herself to Jeremie and Ulrich in the Rec Room. 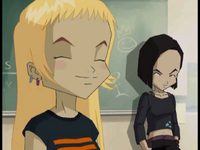 Yumi looks quite annoyed with her already. 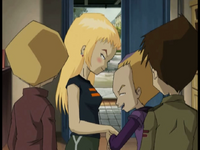 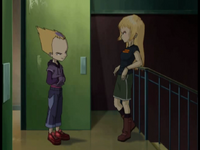 Meeting up with Odd. 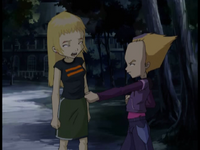 Trying to explain his friends to her. 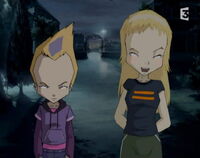 Odd and Brynja walk through the forest. 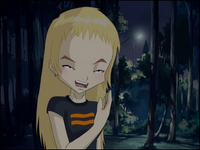 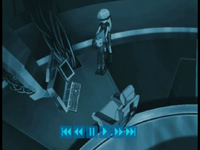 Brynja is brought to the Lab. 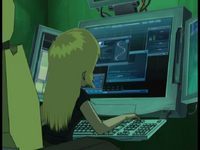 Messing with the Supercomputer. 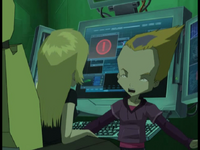 "No Brynja, don't touch that!" 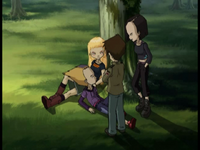 Being caught with Odd at the park. 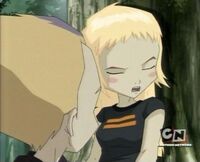 In the park with Odd, looking not so pleased with him.

Brynja in her swimsuit about to dive. 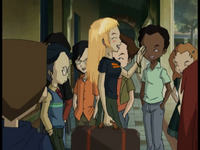 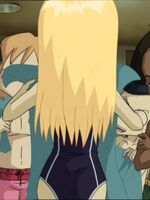