The Arena is the first area of Sector Five. It is located in the center of Sector Five. This is where the Transport Orb always drops off its passengers, and this is where it will return if the Lyoko Warriors fail to trip the key. Before the wall to the Core Zone opens, the Arena's walls rotate at high speeds. The walls then stop on an opening out to the Core Zone. From the outside, the Arena looks like a large, dark blue sphere. Directly below it is the Core of Lyoko. 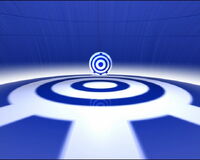 The transport orb in Arena. 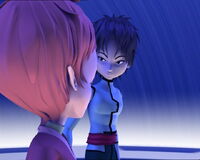 Aelita and William in the Arena. 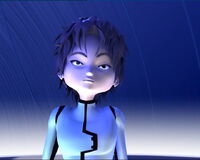 William in the Arena. 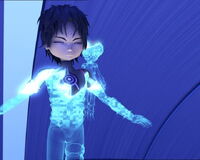 William and Aelita getting virtualized in the Arena. 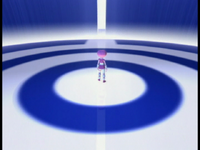 Aelita in the Arena in Uncharted Territory. 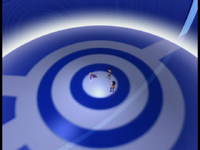 Ulrich, Odd and Yumi arrive for the first time. 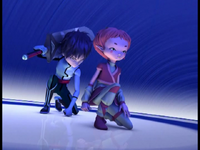 William's first journey in the Arena in Final Round. 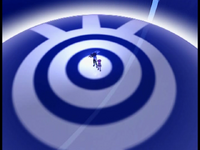 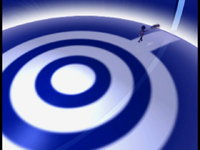 X.A.N.A. William carries Aelita out of the Arena. 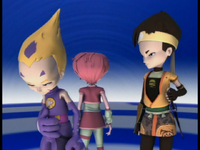 Ulrich, Aelita and Odd, who doesn't feel well after being dropped by the transfer orb, in the Arena. 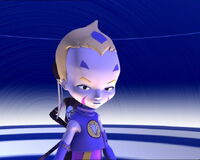 Odd and Ulrich, behind Odd, in the Arena. 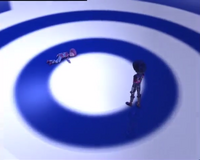 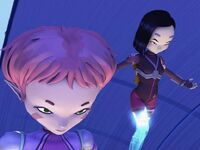 Aelita and Yumi virtualized to Arena.
Add a photo to this gallery 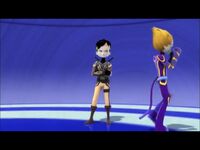 Ulrich and Odd waiting in the Arena.
Add a photo to this gallery
Retrieved from "https://codelyoko.fandom.com/wiki/Arena?oldid=137164"
Community content is available under CC-BY-SA unless otherwise noted.