The Anti-X.A.N.A. Program, is a program created by Jeremie. It has only been seen and used twice in Down to Earth and Fight to the Finish (although it is shown again in a flashback in Echoes).

To fully destroy X.A.N.A., the program required setting up in Sector Five's interface and ended up having high energy requirements, far more than what the Supercomputer could normally provide. When Aelita first activated the program in Fight to the Finish, it failed due to a lack of energy. Franz Hopper then sacrificed himself and his energy allowed the program to become operational and X.A.N.A. was finally destroyed. The program was an example of both an Artificial Intelligence and a Multi-Agent System. 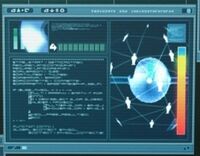 The program on Jeremie's computer. 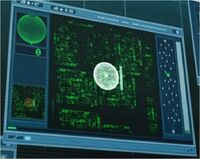 The program on Jeremie's computer again but with a different screen. 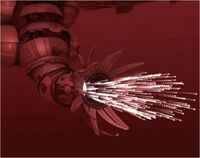 The program being released into the Digital Sea. 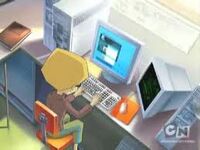 Jeremie working on the program in his room.